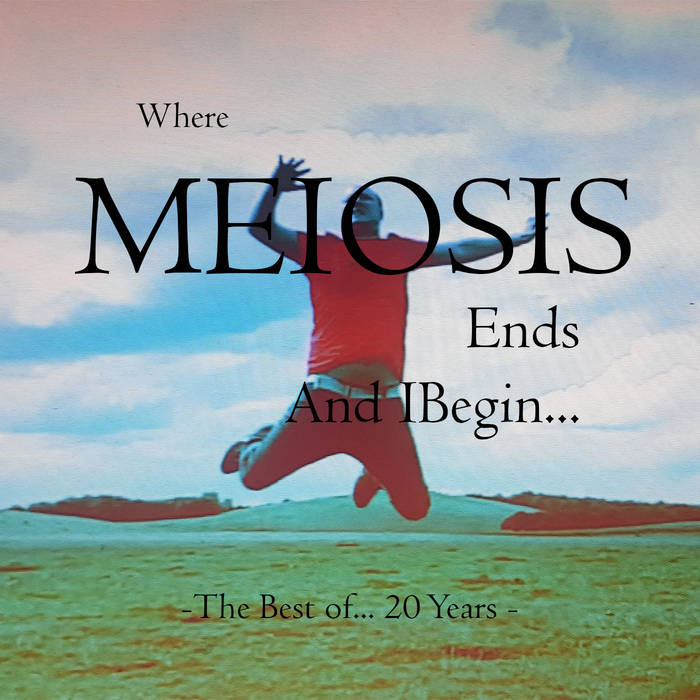 Where Meiosis Ends And I Begin... The Best of 20 Years of Meiosis.

To celebrate 20 years since the release of Meiosis' debut album in 1999, we have made available this 'best of' album which features recordings from the past 20 years.

A brand new Meiosis album will be released in May 2020.

But if you want to catch up...

The album mainly covers the years 2010 - 2019. Meiosis released 3 albums between 1999 and 2002 and thn released 5 album between 2011 and 2016. This 'best of' album mainly comprises of tracks from the later albums but also does include some early versions of what you might call, "classic Meiosis songs"! - Not my words!

Videos for some of these songs can be found on YouTube .

The best way to follow Meiosis is to visit our website: www.MusicByMeiosis.com - and then from there you can link to our social medai bits ans bobs.

If you want to hear really want to hear more stuff after all that... Download the album and you get an unreleased 'pop' version 'Dibs & Drabs' & our version of 'Ciao' by Lush with Gin Girl & and a few live(ish) recordings from 2017/18 reherasals with a full band.

All word and music and everything else is by Martin Thompson.